Sneaker Nightmares: A Quinceańera, a limo determines the fate of 2006 Jordan Cardinal 7s

You may think there is nothing worse than waking up drenched in sweat and filled with anxiety after being chased by a monster [or your ex] down an empty hallway until you wake up and a nightmare you could never fathom becomes reality. Introducing our new series Sneaker Nightmares, where we share stories of beloved kicks falling victim to the monsters under our beds and where every fear from creased toe boxes to heel drags and unwanted stains come to life.

Sneaker collector, mom, and victim of her very own sneaker nightmare French (@frenchfriestogo), relived the experience of her long lost 2006 Jordan Cardinal 7s with us. This is a tale filled with suspense and broken heartedness. As French takes us back to 2006, I get goosebumps just thinking about flip phones and Final Destination 3.

I mean, talk about nightmares. French was preparing for her cousin’s Quinceańera, an important celebratory milestone within Latin culture and a right of passage, symbolizing a girl's entrance into womanhood. Talk about a big deal (I merely stumbled into womanhood myself).

So here we are, tensions are high and stress levels are through the roof, not only because French is attending the Quinceańera, but because she’s also her cousin's court of honor, which calls for her to be heavily involved in the traditional events taking place during the Quinceańera.

On the day of the Quince, French heads to her cousin's house to prepare, outfitted in her dress and her 2006 Cardinal 7s which, at the time, she had purchased for only $85. Today they go for about 480 USD, but “this was before the hype,” French tells us. “You could walk into any sneaker store on the afternoon of a release day, and the shoe would still be there." As the limo pulled up, French had her heels on and her kicks in hand, and she … que the erie music … places her 7s in the trunk, stashing them until she could change into them after the part. As her mother told her, "once you put heels on, you don't take them off ‘till you've left the function."

As prepared as French was, nothing could prepare her for what was about to happen. The limo arrives at the Quince, the festivities begin, and after hours of good music, food, and family, the heart-sinking-sweaty-palm-please-don't-be-true moment arrives: French’s 7s are nowhere to be found. She immediately goes into panic mode, simultaneously doing a play-by-play of every possible scenario in her head only to realize that her nightmare of all nightmares is actually real. She wasn't waking up this time.

That's right, folks, her 2006 Cardinal 7s had been held hostage in the trunk of the limo and the limo was no longer around. French and her family frantically called the limo service, but they stuck to a story that the sneakers had never been found in the trunk. They had made off with her brand new kicks. The Cardinal 7s were never to be seen again. 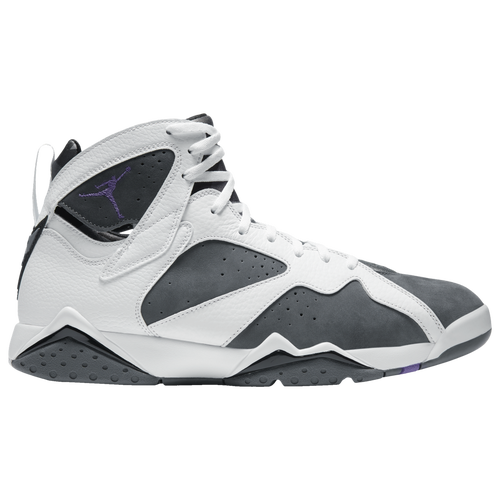 The Future of Sneakers Has A Face And She Looks Just Like You It’s here—we launched the world’s first women-only sneaker survey. There wasn’t any women-focused sneaker public data so we found our own. Here’s what we learned.